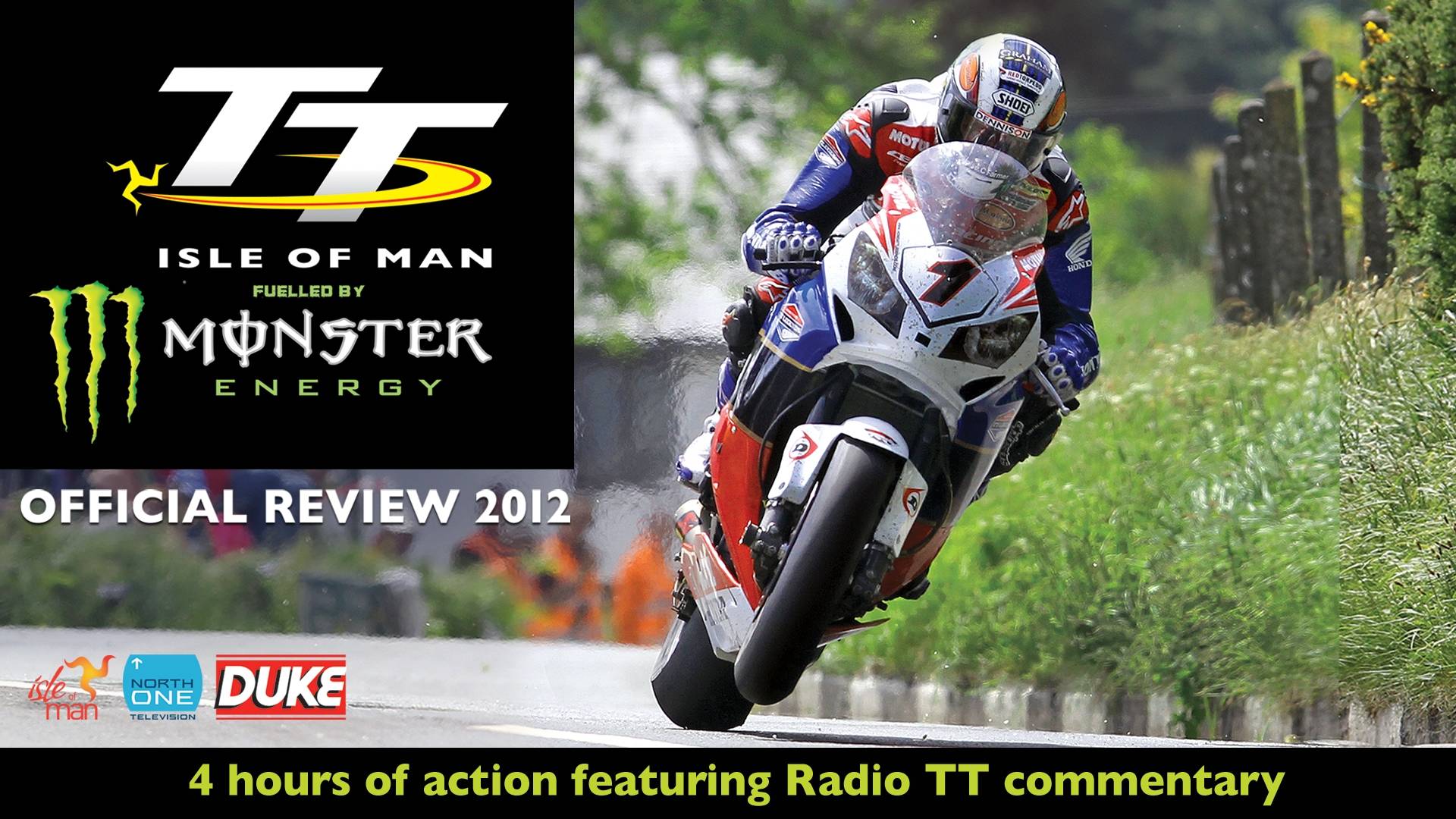 Pulsating action, high speed drama and all the adrenalin-fuelled racing you can handle – this is the Official Review of the 2012 Isle of Man TT fuelled by Monster Energy.

Essential highlights from every race are captured in astounding trackside, on-bike and aerial footage, as racers approaching 200mph flash past houses, hedges and walls, negotiating hundreds of bends, steep climbs and thrilling descents. Expert commentary from Steve Parrish, James Whitham and Steve Plater is complemented by the trackside Radio TT team, delivering the atmosphere of being at the races.

It is bursting with newly-edited coverage of the Dainese Superbike, the Monster Energy Supersport races, Royal London 360 Superstock, the Sure Sidecar races and the BikerPetition.co.uk Lightweight.

Plus, there’s the record-breaking SES TT Zero race which saw the first-ever electric bike lap of the Mountain course at an average speed of more than 100mph.

Adverse weather saw the PokerStars Senior TT cancelled for the first time, but that misfortune is more than made up for by the spectacular racing highlights we were treated to, like the fastest-ever Superbike TT, a 150-mile race settled by just 0.77 of a second, jaw-dropping last-lap dashes and more.

Let the official review take you on a white-knuckle thrill ride you will never forget.

Have a Motorsport.tv subscription? Sign in to enjoy your activation code.